Eating With Kostek Gebert: Why Siberia & What World War II Heroes Had In Common 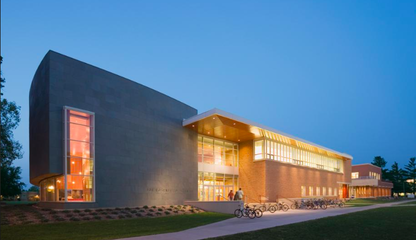 April 10th, in the bustling student center of Grinnell College, over 100 students, faculty and staff gathered for a seder. A visiting faculty, I found a seat next to another visiting professor– Kostek Gerbert, a Polish journalist and Jewish activist well known for his war correspondence, most notably during the war in Yugoslavia.

I wanted to write about this rare opportunity to chat for several hours with Kostek as part of a forthcoming “Never Eat Alone” series of posts.

In 2005, Keith Ferrazzi came out with a business book called Never Eat Alone: And Other Secrets to Success One Relationship at a Time. Now in its second edition, the book talks about the power of relationships to get you where you want to go. The book sparked an idea in me. What would happen if I started to avoid eating alone? What kinds of incredible conversations might I have? The intention for me was not to win business contracts, but simply to see what I might have been missing out on during those solitary meals. A conversation with Kostek showed me just what I had been missing…
Hopefully, summer in Siberia”
When Jack, the psychology major sitting to my right, asked Kostek what he might be doing for the summer, Kostek replied,

I said usually the words summer and hopefully are not near the word Siberia. Then he explained why,

“Of course, you know, everyone reads on the metro. This is not unusual. But in Siberia, they double read.”

He paused and said,

​”You see, historically, all the great writers got sent to Siberia…they were exiled there. So they have a very rich culture of reading and writing!!”

​I am so glad someone benefited from all those writers being sent away.

And, You Don’t Want to Miss Winter in Siberia Either

We could then understand why an activist/writer would want to be around a rich intellectual culture, but we could not understand why experiencing -50 in a Siberian winter was on his bucket list.

“My daughter explained that at negative 50, life leaves a trail. People warm the frozen air as they walk and then it re-freezes as they move forward, but in a different shape. The light then picks up the crystals and leaves a golden trail. I want to see this before I die.”

He also was told that at -50 anti-Semitism freezes. He has been told by locals that people cannot hate each other. At that temperature everyone relies on everyone else for survival.

“So, what you’re saying is that hate and conflict is a luxury?” I asked.

​We paused, that gave us something to think about.

What World War II Heroes Have in Common

In between Seder prayers, the conversation continued with Jack and Kostek. Jack, now a second-year student, told us he was going to spend the summer learning how to operate an MRI machine studying the brains of young women who might be prone to social anxiety disorders. He was thrilled to be doing real research and in his hometown of Madison Wisconsin.

Somehow, probably due to the intercession of prayers, bitter herbs, and horseradish, we got from there to what wartime heroes had in common.

Kostek, an expert in World War II Poland, said he had spoken to many people who had saved Jews during the war. He noticed something so curious about what they had in common. He said, after the war, they were all over the place politically. Some of these people were on the far-right (many of them, in fact), some where on the far left, some where professors and others were uneducated peasants.

“Do you know what they all had in common?” he asked.

We shook our heads.

“They all did not believe that the problem was someone else’s business. They are the kind of people that cannot leave well enough alone. They make terrible co-workers,” he explained laughing a bit, “because they are always involved in everyone else’s business.”

He talked to people who knew people who took similar risks in the Bosnian war, the attribute was the same. The people who saved others at the risk of their own lives were nosy people who wouldn’t wait for others to fix things.

Astonishing. We have totally undervalued these folks! Or at least I have. In 2015, Psychology Today ​wrote an article on how to handle nosy people. But, I’m starting to think maybe we need more of them.

I suggested to Jack that maybe his future research could be studying the brains of people who do this. Maybe their brains are different. Maybe nosy people have a bigger this or a smaller that. He really liked that idea….lets see where young Jack lands.

As for never eating alone, I am so glad I spent the evening with Kostek and Jack. I won’t ever look at Siberia or nosy people the same way.