It’s What They’re Not Saying That is Most Dangerous 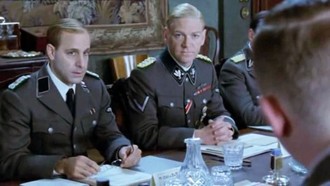 Last night Genocide Watch at the School of Conflict Analysis and Resolution hosted a screening of the film of the 2001 film, Conspiracy. This film provided an attempted reenactment of the 1942 Wannsee Conference during which senior Nazi officials, lawyers, and SS discussed killing centers as a way to rid Europe of Jews.

Haunting film puts words to what all Nazi documents obfuscated.
At the conference, the film claims, people talked about the actual murder of the Jews. Even though the meetings minutes never said the word death, murder, or execution.

What’s so haunting about the Holocaust (and some other atrocities) is the strange vocabulary developed that allows people to pretend they do not know what their eyes tell them.

The father of Holocaust research, Raul Hilberg, noted that in his review of hundreds of thousands of Nazi documents, not one document actually said “we are going to kill the Jews.”

They talk about the “Final Solution” and use words more like evacuation. The film highlights this aspect of the Nazi approach when some meeting attendees kept asking questions like “What do you mean exactly when you say ‘purge Europe of Jews’ or ‘evacuate Jews.’ What they meant was gas and then burn them.

Even now, writing those words gas and burn Jews at a rate of 20,000 a day (their original goal- according to the film) makes me feel sick.

Word are so powerful! Even writing “purging” feels different than writing “burn.”

Language can bring us closer to life or give us a feeling of being stoned — removed, floating and far away.

The next conflict you read about, observe or participate in, consider the language being used. Is it bringing the perpetrators or the problem into focus or is it pulling your eyes sideways? It happens subtly; by being vague, the Nazis could lure those less violent, but followers nonetheless, to support its efforts. They are not the only ones who have done this.

I think what left me feeling so horrible after the film was having to watch these movie stars say these horrible things. I know they were acting, but even so, watching Colin Firth, Kenneth Branagh, Stanley Tucci, Brendan Coyle and others spew hateful language about an entire people and in support of racial superiority hurt. Words hurt, but perhaps confusing and vague language can actually kill. 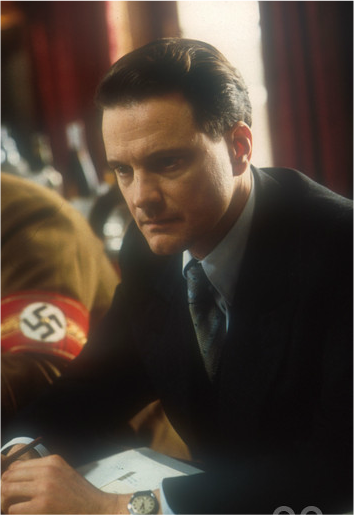