Who put the “tank” in “Think Tank”? Violence in American English 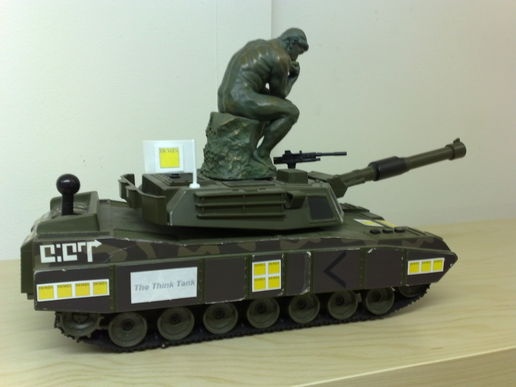 A few blogs back, I wrote about the U.S. obsession with making everything a “Boot Camp.” Boot camp is something new military recruits would endure to prepare them for life as a soldier and in worst cases, battle.

Have we reserved such terms to war? Now, now we have Yoga Boot Camps and Writing Boot Camps. Surely you have seen other kinds as well. There probably are even Flower Pressing Boot Camps.

Scholar Vivian Jabri would say such terms are not just funny and trite little expressions, they represent the deeply embedded violence within our discourse.

It isn’t surprising some of our kids and police are so violent…and that we often think of battle first. We are living in violence everyday though much of it is verbal.

This Blog is entitled The Language of Conflict because part of my work is raising awareness to the language we use and how that impacts the way we live and what kinds of policies we produce.

I always find new examples. This past week, I was spending time with some Francophones. The conversation was trotting along nicely in French until someone wanted to say “Think Tank” and we could not find the French term for it. 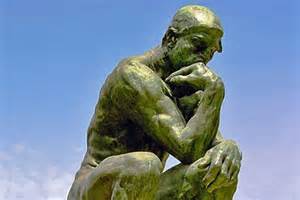 After I got done laughing at the French, I started to think about our expression, THINK TANK.

Really, even our reflection has to be in preparation for battle? Our think tanks are largely trying to help us get around violent conflict (I hope) not prepare us for battle.

If any of you use a Nutribullet to make your smoothies or hummus take a look at it. Not only have we inserted the word “bullet” into our smoothie makers, it looks like some sort of missile. The words on the box and in the recipe book promise us the machine will pulverize our broccoli to pieces.

Something to think about….If Think Tanks inform strategy and policy and their name positions them to head for battle, then might not their findings advocate for violent, bulldozing solutions?